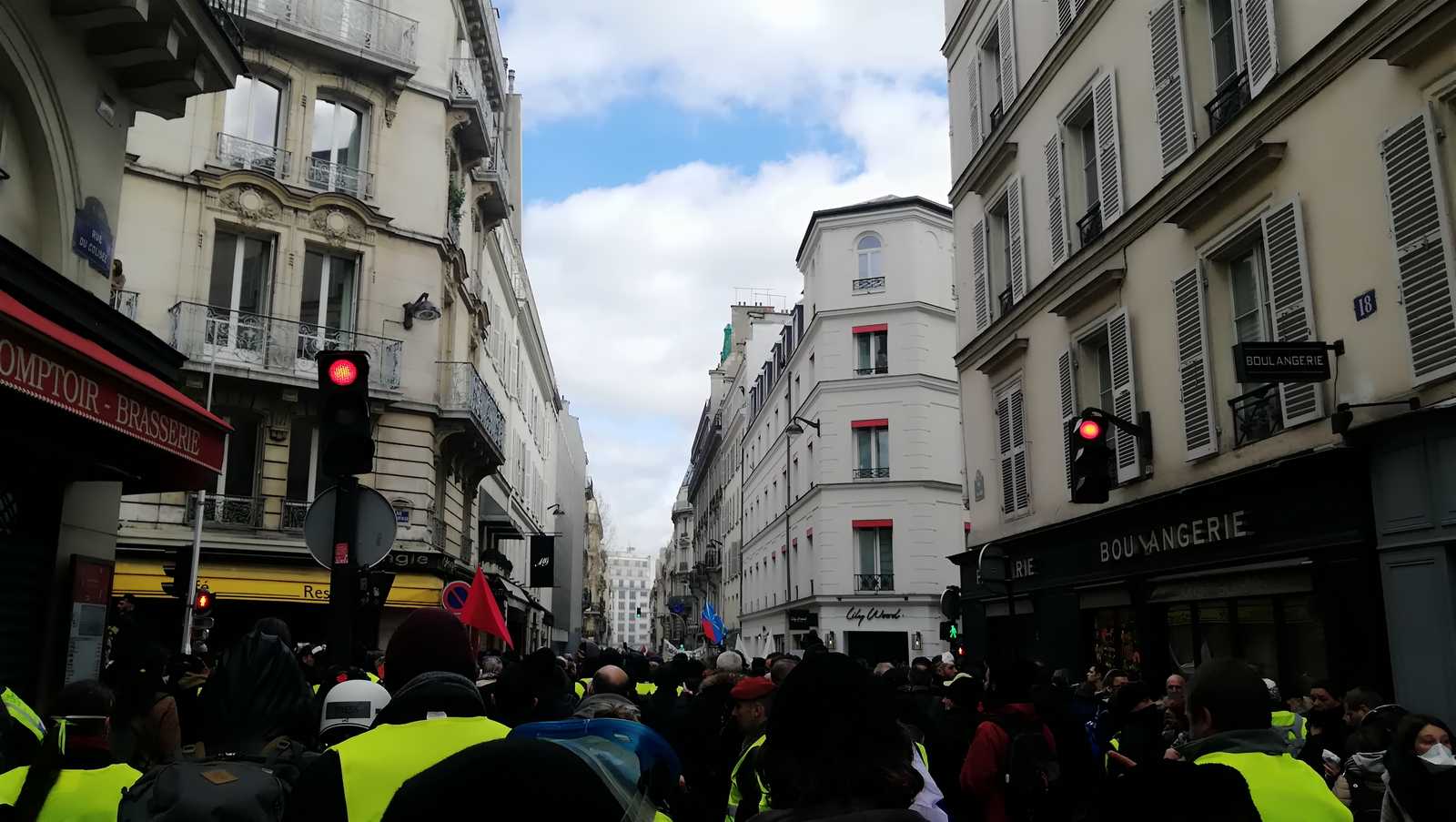 The most important news at a glance – Our press review of calendar week 38. This week: From Beijing’s starfish-shaped airport to its highest skyscraper and the Urban Design Awards in Toronto. Also: a picture of the families who occupied the Parc de la Villette in Paris in August and a return of the Yellow Vests in France for the Acte 45 last Saturday. Our summary of the most important urban news.

A look at Beijing’s construction boom

According to a report on the North American news site CNN, Beijing‘s newest airport will be completed in September. The Beijing Daxing International Airport was designed by the late architect Zaha Hadid in cooperation with Chinese partners. The architecture is based on the shape of a starfish and the new airport is located in the south of Beijing. By 2025 it will be able to carry up to 72 million passengers – up as much as Paris Charles de Gaulles airport and two million tons of goods. Started in 2014, the construction’s costs raised to an amount of over 11,5 billion Dollars. The construction of the airport is in line with China’s ambitions to modernize its airports and transport 720 million passengers by 2020.

In addition to this huge construction project, CNN reported on another urban giant rising over Beijing’s urban landscape: the Citic tower, locally known as China Zun tower. The shape of the building is intended to tie in with China‘s past and at the same time stands for the country “striding into a new era“. Financed by the Citics Group, a state-owned company that manages investment funds and owns various subsidiaries in the financial sector, the basic form was developed by the Beijing Institute of Architecture Design with the help of the British architectural firm TFP Farewells, and the final design was realized by Kohn Pedersen Fox (KPF). Based on a ceremonial wine vessel that can be traced back to the Bronze Age, it is Beijing’s largest skyscraper with a height of 1.731 foot.

Ceremony for the Urban Design Awards 2019 in Toronto

The online news site Urban Toronto reported on the awarding of the Toronto Urban Design Awards (TUDA) in Canada‘s largest metropolis. The award’s ceremony took place at the Palais Royale, in the presence of Toronto‘s current mayor John Tory. Innovative projects in many areas of architecture were honored. The categories range from art installations in public spaces, which enrich the quality of life of residents, to public buildings or areas and buildings from the private sector. The article is written in English and is accompanied by many images.

After the occupation of the Parc de la Villette – What happened to the families?

The French news blog BondyBlog accompanied the families after the eviction of the occupation in the Parc de la Villette in the north of Paris. The 28th August, 157 people had been evicted from a section of the park which they had occupied for a week in protest to the degrading conditions of their accommodation and life. In this way one learns more about the composition of the occupiers, including the youngest – 23 days old. In addition, one person had to go to the hospital during the occupation to give birth. The inhumane conditions – some families have been on the streets or in temporary shelters for several months – reinforce the problematic social situation on the ground. Urbanauth had already reported on this in a previous WeeklyUrbanauth edition.

Act 45 – When climate activists and Yellow Vests come together

On the 45th Saturday of the Yellow Vests (Gilets Jaunes) movement on September 21st, there was a “Convergences of fights” as reported by Mediapart (Paywall). The union between the Yellow West and the climate activists took place in a tense atmosphere. In Paris, between 15,000 and 38,000 people took part in the climate demonstration. On the same day, the Gilets also announced Jaunes rallies on the Champs-Elysees, which didn’t occur by day due to the massive intervention of the police. Journalist Clément Lanot reported about clashes and massive use of teargas-grenades in the evening. The television chain BFMTV showed images of tourists, which got exposed to the teargas. A collective called Le nombre Jaune, which counts the number of the participants, announced over 90,000 demonstrators throughout France for this Saturday. With a contingent of about 7,500 police force, the French capital was locked up, while already in the late morning riots broke out. After the excessive use of tear gas and rubber bullets, groups such as Greenpeace and Youth for Climate were forced to break off their demonstration and call into retreat because there was no pacifist way possible. Among other incidents, tear gas was used inside Saint Lazare train station, causing collateral damage to uninvolved passers-by. Burning barricades and rubbish bins led to a tense situation. According to figures from the French government, about 1,000 Black Blocs took part in the demonstrations. The protesters dispersed in many tiny protest marches known as “manifestations sauvages” – unannounced demonstrations which marched into the night for the first time.

The Yellow Vests movement in France was founded in November 2018. Since then, it has been close to various social movements. In addition to Attac’s political activists and the Droit au logement (right to accommodation), climate activists took part in the demonstrations very early on. The fuel tax, which is seen as unfair because it is intended to disadvantage lower-income households more strongly, is part of a context of social justice. Many are aware of climate change. According to sources from Urbanauth, the Yellow Vests exchanged views with other structures critical of capitalism and climate activity during the G7 summit in Biarritz.

During the 15th protest week of the citizens of the Chinese Special Administrative Region Hong Kong there were riots. In the week’s photo series by the British newspaper The Guardian, burning barricades in front of the Mong Kok police station, tear gas use and police controls are shown. In addition to a demonstration through a shopping centre, damage was caused to railway ticket machines in Sha Tin and an unspecified subway station.

2 Replies to “Weekly Urbanauth 38: The Yellow Vests back on the scene and Beijings Construction Boom”