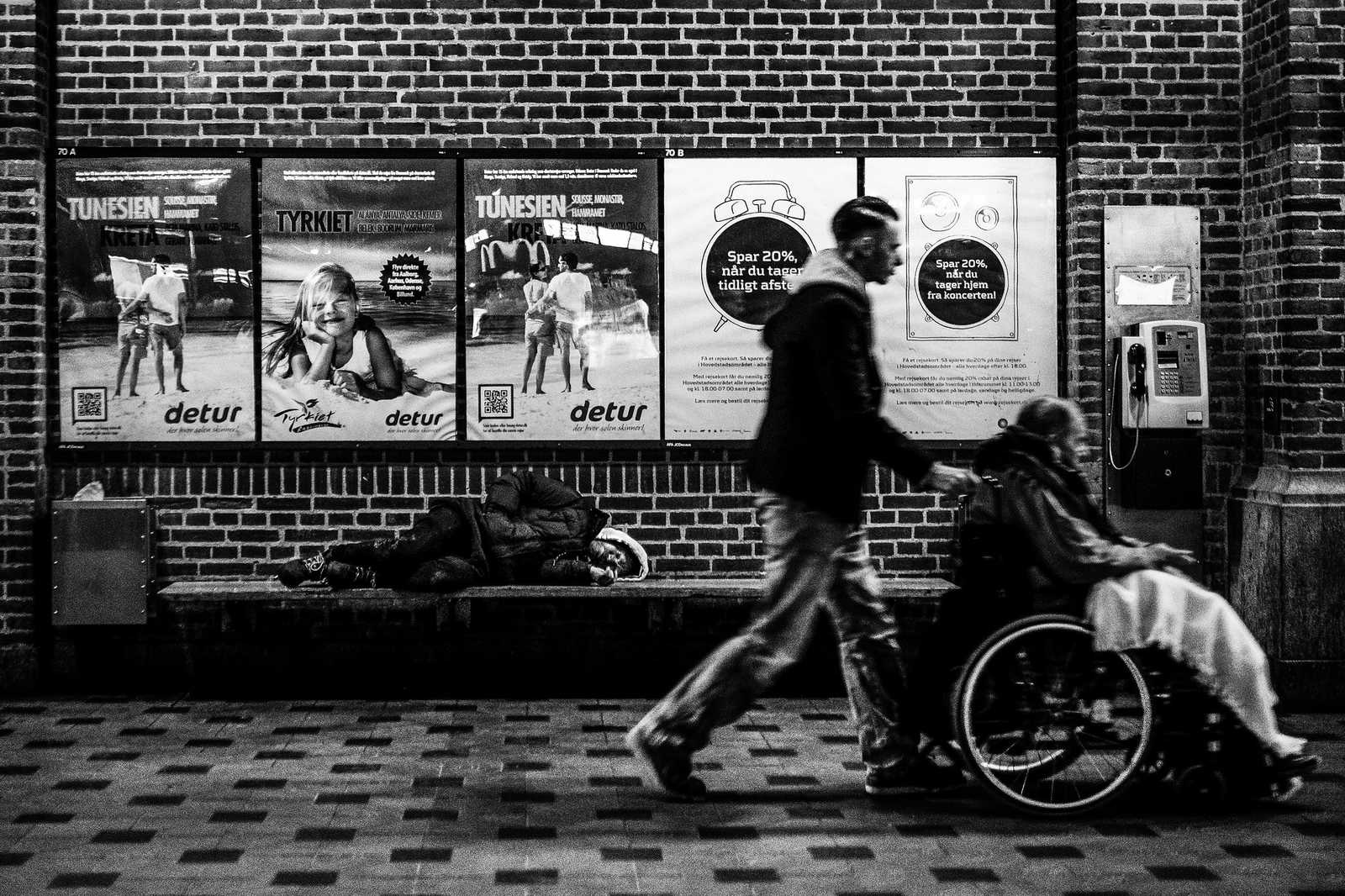 Denmark has got an excellent social system in comparison to other countries. These include statutory health insurance, a rehabilitation policy for former criminals and a comparatively high proportion of taxes for social projects. In addition, a small number of homeless people live on Copenhagen’s streets. So at first glance, this is a city in a country that has almost no problems.

What exactly is the zone ban ?

On closer inspection, however, this idyllic picture turns out to be the result of a less social development in Denmark’s domestic politics. As dr.dk reported the law prosecutes homeless people legally in Copenhagen for over two years under certain circumstances. On 1 April 2017 a law was introduced in Copenhagen, which originally directed against foreign beggars. The Danish Parliament passed the law consensually and it proposes a fine for those violating it. Shortly afterwards, the government also decided that, in addition to the fine, a zone ban of 400 or 800 metres could be imposed as well.

This law does not only affect foreign homeless people, because the locals cannot escape this zone ban either. For example, the law forbids homeless people to set up a camp in the city to spend the night there. The reason for this law lies in the fact that such a camp brings uncertainties with it. For example, rats could enter the city from the food consumed there. The police impose a fine if someone sets up a camp in the city despite the ban. So as soon as the police accuses one or more people staying in the city of having set up an “unsafe camp”, the law applies. The penalty is about 100€ per person. From 1 July 2018 onwards, politicians extended the zone ban so that a municipality can ban homeless people completely.

As housingrightwatch.org reported on September 6, 2018, the police sentenced a man to 500 DK for sleeping a total of 14 days during a period of three weeks in Copenhagen next to the pedestrian zone in January 2018. On those nights he did not succeed in winning the lottery of a nearby emergency shelter in a church. The cops considered his sleeping place an “unsafe camp”. He ate there and urinated a few times nearby when the public toilets were inaccessible.

In the night on Tuesday, October 31, 2018, two sellers of the Danish street magazine Hus Forbi were also accused in the pedestrian precinct of Copenhagen (tv2lorry.dk) of having set up an “uncertainty spreading camp”. They had laid down to sleep with sleeping mats, cardboard and sleeping bags under an archway near Copenhagen city centre. The police woke the two of them in the middle of the night to declare a zone ban. In this case the officials imposed a ban on them for the city of Copenhagen with a period of 3 months (avisen.dk) and a penalty of DKK 1000 (insp.ngo). As a result, the magazine set up a fund to pay the penalties for the homeless. In September 2019, the Copenhagen District Court found the two of them innocent. The court announced that the police made a mistake in this case.

Due to demonstrations against the law and the publication of these incidents, the sentences dropped in 2019. However, the law is still in force and homeless people must be afraid of being banned from zones when spending the night outdoors.

This article is a translation of the original german version.