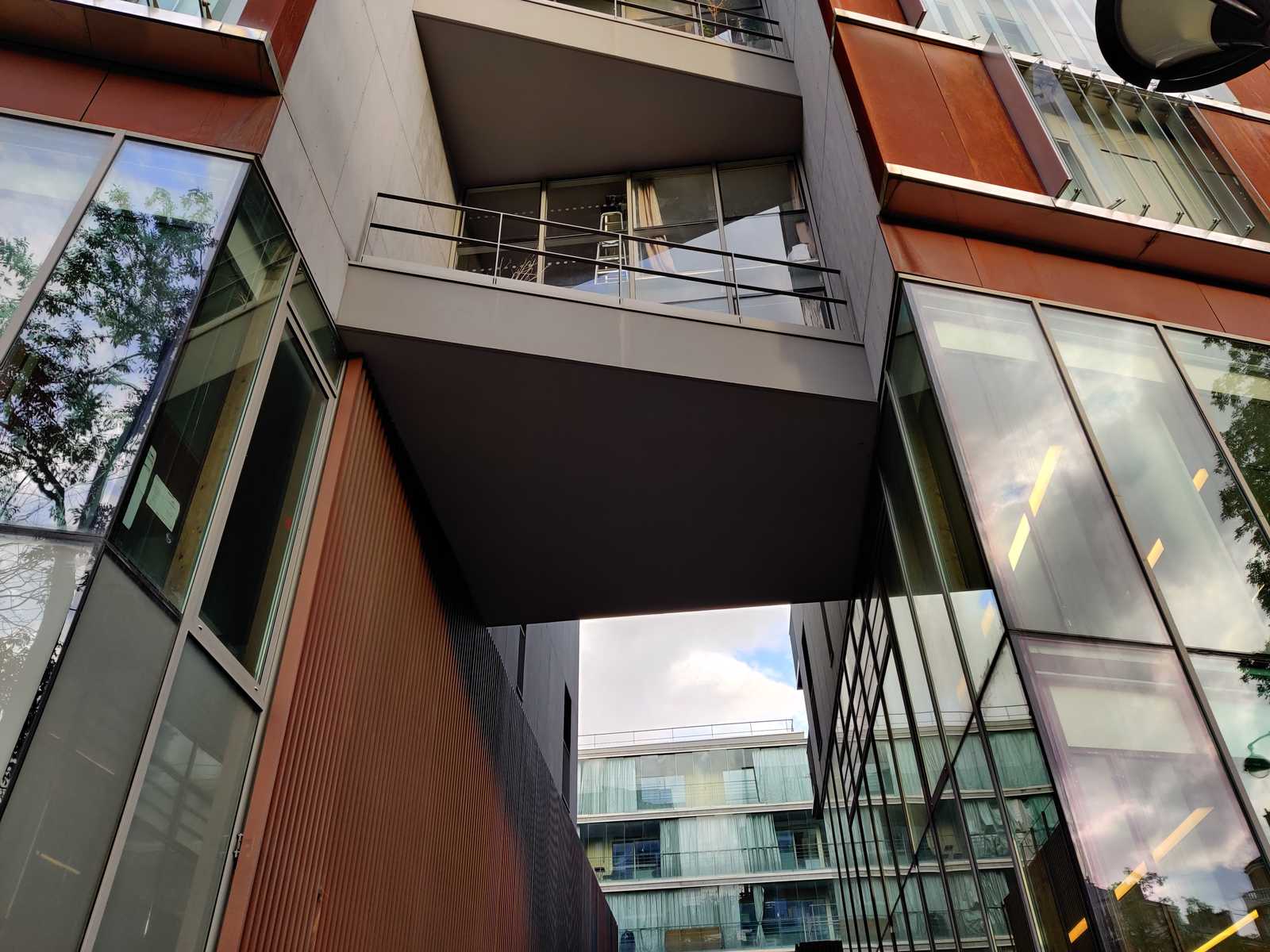 The most important news at a glance with our semimonthly press review. This week (week 42): From Japan’s temple treasures to the Riba Stirling price and the delay of the London Crossrail project to the US decision to vote for a law to protect the autonomy of Hong Kong. The most important urban news every two weeks in Weekly Urbanauth.

Whoever travels to Japan and has no desire for large crowds à la Metropolregion Tokyo, even nowadays alternatives are there: The English online newspaper BBC describes how to follow the traces of the legendary monk Kukai on the centuries-old pilgrim paths and visit temples that have been places of spiritual experience since the 9th century. The spiritual centre -chosen by Kukai himself- is nowadays part of a 307 km long network of pilgrim paths and is located in the prefecture of Wakayama near Koya-san (Mount Koya). Although Koya-san is not an insider tip, it is home to 2 million guests per year. But especially on the Okunoin, Japan’s largest burial place, it feels like a step back into the past. If you want to escape the stream of tourists, a visit at night is recommended. Then thousands of candles illuminate the ink-black darkness.

“If it would be Henri IV, it wouldn’t be like this.” – This is how the provocative title of the article by FranceInfo begins, which deals with the Lycee Romain-Rolland in the Paris Banlieue of Ivry-Sur-Seine. The school was temporarily blocked by the students after a video of a police check near the facility was published on Twitter by Collectif Romain Rolland. The reference to the Lycée Henri-IV within Paris makes the accusation of unequal treatment in a value system that propagates equality.

Regular police checks on the way to school are a phenomenon that particularly affects suburbs of French metropolises. The realities between pupils from the suburbs and those from the affluent parts vary greatly. The same goes for treatment and care.

So in 2017, a teacher from the federal territory of Seine Saint Denis (93) filed a suit because three of her students were checked at the north station on their return from a school trip. Also the pictures from Mantes-la-Jolie from 2018 are still recent. One day in December, the students of the Saint-Exupéry school had to kneel on the ground like prisoners with their arms folded behind their heads in front of the police. On that day there had been riots in the sector during which, among other things, two vehicles had been set on fire. The gap between the police and suburban residents is widening. In view of the serious questions about respect for equality and the right to development in a safe environment for pupils, especially as this concerns vulnerable minors of school age, it is important to address the issue in depth.

This year’s British Riba Stirling Prize goes to the community of Norwich in the east of Great Britain. The English BBC reported on the prize, which is awarded once a year by the Royal Institute of British Architects . The architectural office Mikhail Riches was honoured for its outstanding work. The settlement, called Goldsmith Street, houses 100 residential units and consists mainly of two-storey terraced houses and larger models containing apartments. The Passive House Seal indicates that the settlement is energy-efficient in its use of resources and at the same time provides a high level of comfort for local residents. The materials used were cream-coloured bricks and shiny black roof tiles. Through a passive solar system, which stores the solar energy in building elements such as tiles, the cost of energy should be 70% lower than the average.

With 130 million working hours already invested, the London Crossrail project is currently the largest infrastructure project in Europe, as the English online medium CNN reports. What is special about the new route is that the stations on the same line are all connected by the same means of transport; this has not been the case up to now. This will save 10 minutes to get from Heathrow Airport to central London, Tottenham Court Road. Construction of the Elizabeth Line, which began in 2009, was originally scheduled for completion in December 2018. However, according to Judith Ward, Operations Manager of the Institution Railway Signal Engineers (IRSE), the international organisation for railway signalling and communications professionals, the enormous physical size of the project, on the one hand, and the large amount of technology involved, on the other, caused delays. In addition to the 42 km of new tunnel, there will be 70 new trains working on three different signalling systems, 50 km of communication cables and 41 new and modernised stations. Now the line, which will make a significant contribution to relieving the London Underground, is to be completed by the end of 2020 / beginning of 2021.

17.2 billion euro should have cost the whole projrect; with the delay the numbers shot up. Meanwhile, the cost is 20.5 billion euros, which has been received with frustration by politicians, regulatory authorities and Londoners alike. Furthermore, the huge construction project has left visible traces in the city. This is especially the case around Tottenham Court Road and Soho, where the famous Astoria Theatre was demolished for a new railway station.

Howard Smith, operations manager at Transport for London (TfL), says, however, that there would be no point in opening the line if it had not been completely finished and tested. It just takes time. He is also sure that the overwhelming advantages of the Elizabeth Line will make sure that the delays are forgotten.

How much more will Berlin’s airport consume?

If everything works out as it should, then the Airport Berlin BER will be operational in one year. If this is the case, then Berlin’s taxpayers have spent a total of 1.08 billion euros on construction, according to the Tagesspiegel.

In the biggest building scandal in German post-war history, there is obviously some good news despite everything. The first message to be mentioned is that the business plan of the Flughafengesellschaft Berlin Brandenburg states that positive annual surpluses can be expected from 2024 onwards. Likewise the taxpayers probably do not have to reach starting from next year any longer into their own pockets. If everything goes well.

The first financing concept of 2004 provided for costs of only 1,983 billion euros – the replanning and expansion of the BER terminal as well as the problems with the fire protection system and cabling, however, put the plan through its paces. Ongoing postponements of opening dates, construction problems and the expensive soundproofing programme did the rest. In total, the costs now amount to 5.932 billion euros.

Hong Kong: Relief of the situation due to US law in sight?

China’s government spokesman Geng Shuang announced resistance to the Democracy Control Act. With this move, the U.S. is gaining popularity among Hong Kong demonstrators because it is exactly the help they had hoped for. However, the relationship with China and the trade war between the two great powers are unlikely to ease.

Last weekend there were also violent clashes between police and demonstrators. The authorities used water cannons with special paint to mark people for later arrests. The protesters often wore masks – despite the ban on masking – and attacked a police station with homemade petrol bombs.

The pro-democracy movement is angry at attacks on their sympathizers at past demonstrations. A man was attacked by several individuals armed with hammers and a follower was attacked with a knife.

When the police shoot tear gas at the fire department…

On October 15, grotesque scenes occurred in Paris when members of the police of the Compagnie Republicaine de Sécurité used tear gas grenades and water cannons against protesting firefighters. These were used near the Nation, in the east of Paris, as well as during the demonstrators’ attempt to block the Ring Motorway, the Périphérique. In the video from CLPresse you can see the use of pyrotechnic material and the construction of a barricade by the fire brigade during the demonstration from République to Nation. The use of tear gas and water cannons by the police seems bizarre, as these two professions normally work closely together. In an interview with a video journalist, a firefighter from Essonne (91) mentions Grigny 1 and Grigny 2 as references, where the fire brigade stood side by side with the police forces during urban unrest.

In addition to more funds, the profession demands a revalorisation of the brand premium, which has not moved since 1990. The large demonstration in Paris follows months of strike action in certain regions such as the southern Tarn or the eastern Doubs, which lasted from late June to about September.

This article is available in German and French. This is a translation of the german original version.