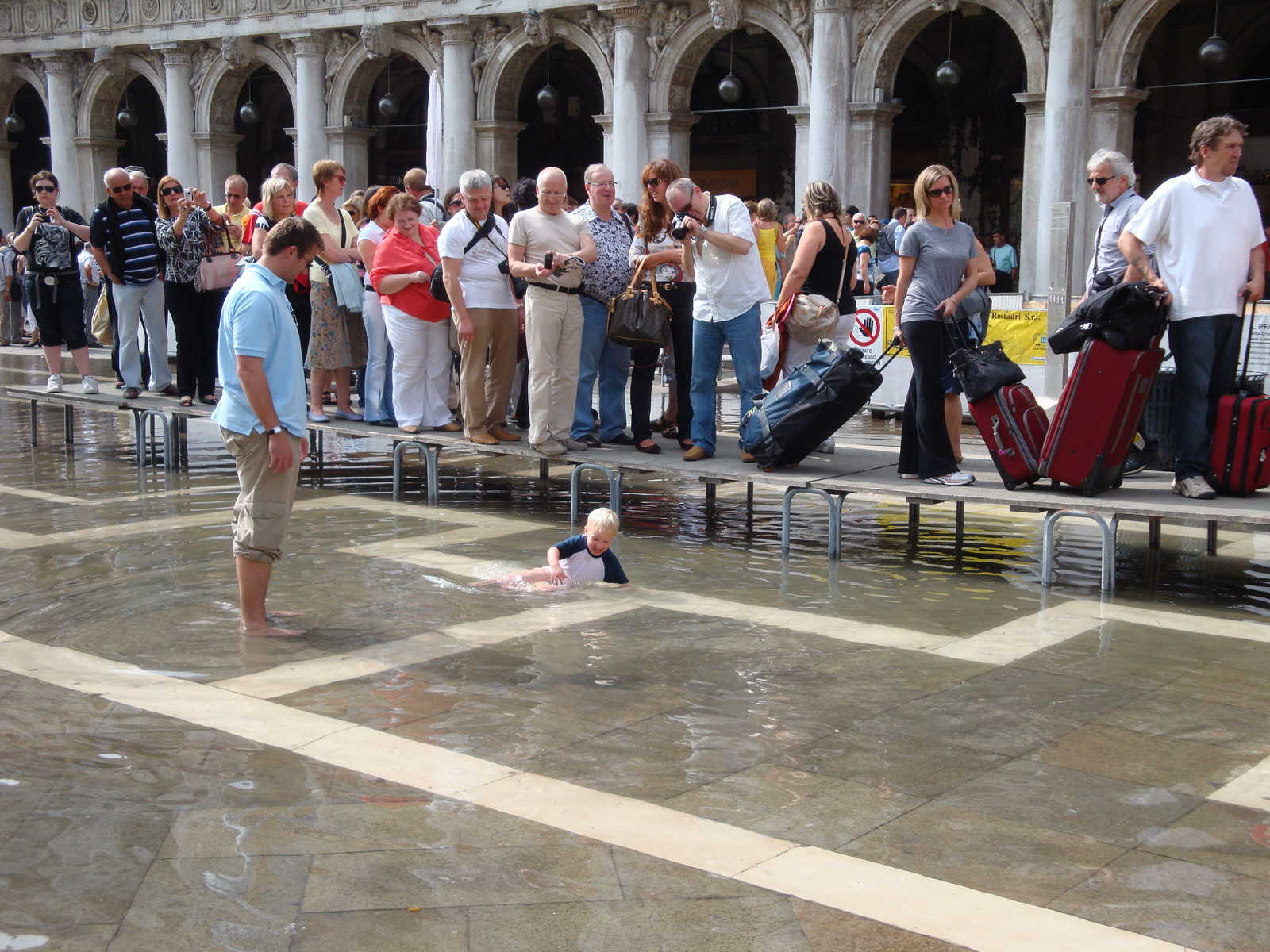 Special weather conditions caused frequent floodings in the lagoon city in mid-November 2019. These floodings can occur between September and April. Up to now, the peak has always been in November. This year, for the first time since the beginning of the measurements, the water rose three times above normal within one week and flooded almost the whole area of Venice.

Normally the water level is 90 cm higher at a high tide. At “Acqua alta”, as the Venetians call their flood, and a level of 110 cm, ten percent of Venice is flooded. From a level of 140 cm the state of emergency is declared, since in such a case 90% of the city is under water. The main cause of the accumulation of extreme floods is human-made climate change. But also the deepening of the port entrance for cruise ships and oil tankers in the port of Porto Marghera are a factor. During the removal of the lagoon, valuable sand with the plants growing in it is removed from the seabed.

“In salt marshes and on sandbanks plants break the power of the waves and their roots hold the soil. Algae and bacteria mats slow down the loss of sand and silt”.

Sand and mud thus normally act as flood stoppers, but the city administration has repeatedly ordered an erosion (focus.de). In favour of Tourism-Revenues. It is particularly paradoxical that the city has neglected flood protection for decades and has actively promoted the effects and frequency of floods by encouraging mass tourism.

After the devastating flood of 1966, Venice launched the project MO.S.E in the 1980s and laid the cornerstone for the barrier in 2003. The city has been building the unfinished project for 17 years now. What is BER in Germany is MO.S.E in Venice. The reasons for the delays are technical breakdowns, corruption and the frequent change of responsible persons (Spiegel Online).

78 flood gates shall, in extreme cases, protect the lagoon from a flood of a maximum height of three metres, as the Guardian reported. The gates normally lie on the seabed and are completely filled with water. During a flood, the gates are filled with compressed air and can thus be uplifted. The project has consumed 5.4 billion euros until 2013 and will require further millions until completion, which is currently planned for 2021. Critics complain that a system designed between 1984 and 1996 may not meet today’s requirements. This is because climate change is having a greater impact than assumed at the time and additional sludge has been removed from the Venice lagoon. In addition, the barrier cannot protect every part of Venice from flooding. For example, it is only raised when there is a critical increase of 1.10 m in water. However, at this water level, ten percent of the city is already flooded.

Based on calculations with NASA’s simulation tool, sea levels in the Venice lagoon will have risen by about 32 cm by 2100. The tool takes into account the melting of ice sheets and calculates the average sea level rise per year for each location on Earth. At the same time, the soils under Venice will sink through natural processes and floods will become more extreme. As a study in Magazine “Water” by Antonio Vecchio (Institute of Geography and Volcanology Rome), Marco Anizidei et al. of July 16, 2019, describes, soils under Venice will sink by 3.3 millimeters per year.

If you add the natural subsidence of the ground below the city to increase the water level and add the result to the current height of a strong flood, you get a total difference between Venice’s land mass and sea level of over 2.5 meters.

Never the less, if Venice manages to complete the MO.S.E project, the city will not be doomed – contrary to the reports of many media – and will be safe from bad floods beyond the year 2100. The barrage can withstand a flood three metres high. Now it is up to the city administration to push the construction of MO.S.E forward.

This article is a translation of the german original.