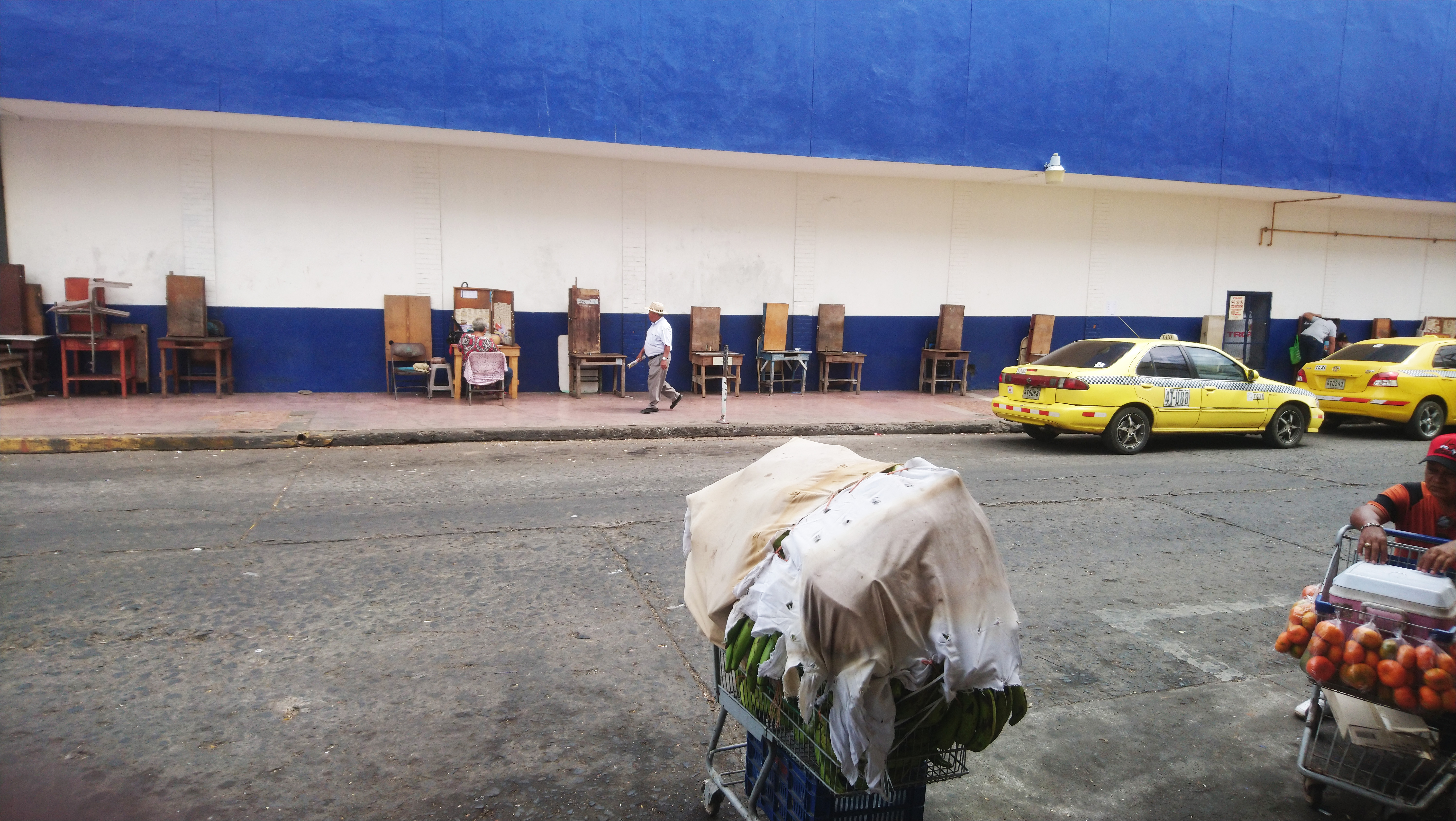 Beyond just giving order to the city, Urbanism is concerned with improving people's different ways of living. Downtown of David City, Panama. (Urbanauth,2020)

It is impossible to study the city from a single perspective; the contribution of several disciplines is necessary to arrive at an understanding of the different aspects of urban reality (Lamy, 2019).

The origin of civilization goes back to the time when people decided to settle down and live as a group. These communities were places of exchange where people found stability. They took their form following the rhythms of nature, the cycle of life and their spiritual beliefs.

Today, those forms of living are long gone. According to the UN, in 2050 two-thirds of the world-population will live in cities. The beliefs and activities of these people have changed, and therefore their way of making community. Especially on the African and Asian continents, cities are growing at an accelerated rate. The so-called mega-cities are facing great challenges related to transport systems, affordable living spaces and climate change. Future-oriented planning-processes are urgent.

Urbanism is the discipline in charge of studying, planning and consolidating cities. Its objective is to raise people’s quality of life through infrastructure and equipment. For its success, it must have a holistic vision. It can combine sociology, economics, politics, law, technology, architecture, design, and in recent decades, sustainability and the environment.

It is important to define the differences between two concepts that are often confused: urbanism and urbanization. The first one refers to an analytical, research and planning process. The second one means city development.

Although it is possible that there is urbanism without urbanization, urbanization without urbanism generates chaos. A clear example of this are the irregular settlements in Latin American cities. They have suffered accelerated growth since the 1950s, due to migration from the countryside to the city. However, high housing prices caused people to settle far from urban centers, with no order or regulation.

One such settlement is Ecatepec in Mexico. It currently has more than 1.6 million inhabitants living in precarious conditions of overcrowding, lack of infrastructure (like streetlights or sidewalks), parks and green areas. These conditions have contributed to making Ecatepec the city with the highest perception of insecurity in the country.

Because of its proximity to Mexico City and the road infrastructure that began to be built in the 1940s, people from other states in Mexico migrated to Ecatepec. Its growth was stimulated by the ease of buying land; however, it was urbanization without planning.

Today, Ecatepec is the most populated municipality in the country. There is a high level of poverty and unemployment. People work in the industrial sector, and their jobs are unstable with long hours. It is a place of violence, assaults, kidnapping and femicide.

Another example of unplanned urbanization is the favelas in Brazil. These emerged as homes in the mountains surrounding Rio de Janeiro. People built them with cheap materials, due to the scarcity of housing in the city. Today, they are an icon of the South American country. However, they are places of drug trafficking and crime.

Urban design is a discipline closely related to urban planning, but it involves tangible and more specific actions. Urban design deals with the treatment of space that is used directly by people in the city. It integrates disciplines such as architecture and landscape architecture, which focus on the design of squares, bus stops, parks, or gardens. It aims to provide the user with a comfortable experience in the street and public space.

Nowadays, urban design is concerned with including aspects of universal accessibility, such as ramps for people with disabilities, footprints, and traffic lights with sound. In addition, it tries to create an inclusive, intuitive space focused on pedestrians. For that, streets have features to reduce vehicle speeds and to promote other modes of transportation such as bicycles or public transport.

Another approach that designers use in urban design is the gender perspective. Public spaces that integrate this criteria contain elements that improve safety and comfort conditions for women, such as:

The objective of urbanism, beyond the understanding of a city, is the execution of policies or actions for its improvement. Still, to formulate these actions, it is necessary to understand urban dynamics. This is:

Urban studies in sociology have been linked to architecture and urban planning. However, in the last 10 to 20 years, sociologists have focused on subjects like:

These topics are valuable to city planners since the success of their strategies depends on their understanding.

City planners have adopted a new approach to making cities. It opposes the ideas of horizontal expansion, division of cities into zones and the need for cars. In the New Urbanism, the city is for the people and should be designed on a human scale, taking into consideration the following principles:

The principles in New Urbanism derive in the concept of Smart Growth. A city that grows smartly has diverse benefits for people, like better quality of life, greater amount of businesses and opportunities for investors or real estate. Within the Smart Growth concept, there are many models of community building. One of them are the TOD’s (Transit Oriented Developments). They search to provide people with the same opportunities to move to any point in the city, through diverse, accessible, economical, low environmental impact and resilient modes of transport.

To achieve their objective, a TOD follows the principles of:

Related to the TOD, there is the Walk-Up model. They are neighborhoods designed to be accessible on foot. To this end, they improve their infrastructure for pedestrians and mix land uses so that people can find everything in their path. A Walk-Up can be a TOD that contributes with the principles of Walking, Connecting and Mixing.

Cities have a key role to play in combating the effects of climate change. They generate more than 60% of energy consumption, 70% of greenhouse gas emissions, and 75% of carbon emissions (https://www.un.org/sustainabledevelopment/cities/). All these cause alterations in the climate that reflect in hurricanes, floods, fires, droughts or loss of biodiversity. Local governments must begin to develop urban projects or policies based on this scenario.

In the fight against climate change, there are two types of action: mitigation and adaptation. The former focuses on reducing gas emissions, energy consumption, water consumption or the generation of waste resulting from human activities. Adaptation measures aim to reduce the effects that natural phenomena have on cities. That is, to reduce their vulnerability to floods, landslides or high temperatures.

One mitigation measure that has proved effective is the establishment of Low Emission Zones (LEZ). These are areas that restrict the passage of vehicles according to their gas emissions. A common criterion is to prohibit the transit of older vehicles or trucks that, in theory, pollute more than more recent vehicles. There is also a ban on diesel vehicles.

On the other hand, a measure for adapting to the effects of climate change can be the creation of new green areas and planting trees in the city. These actions reduce temperatures and help the absorption of rainwater, which avoids the risk of flooding.

For the success of mitigation or adaptation projects, a sustainability component must be considered. It refers to actions in favor of the economic, social and environmental satisfaction of a community, without reducing the possibilities of future generations to take care of their needs.

Urbanism, as a discipline that seeks to improve people’s lives in community, is much more than study and analysis. It is a reflection of several rapidly changing forms of life and must therefore cooperate with increasingly complex sciences and philosophies. It must achieve an integral vision in order to understand people’s needs and to provide solutions. Humans shape cities but cities can also shape their lives, directing them to fulfillment.