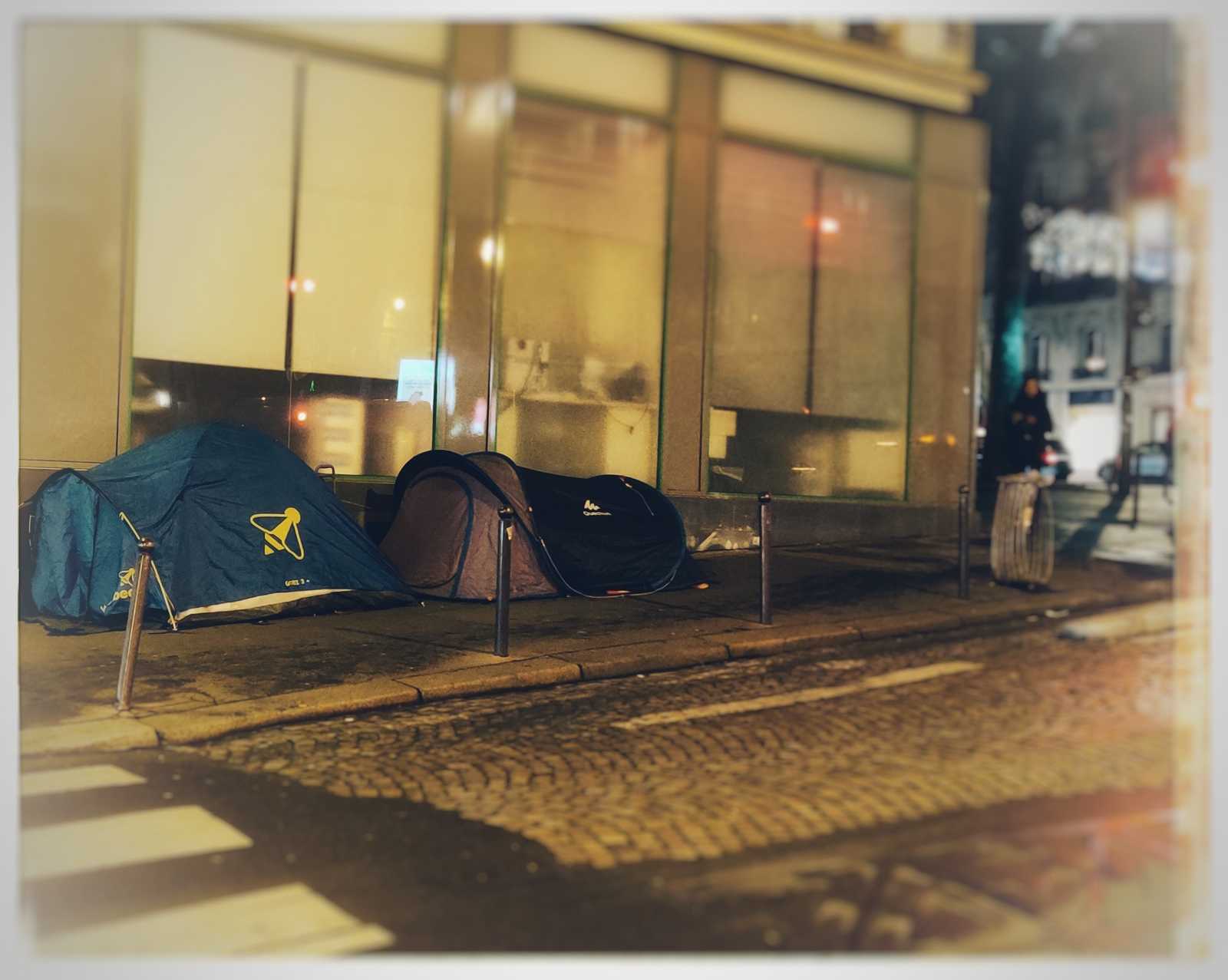 3552 homeless people got counted in the capital of Paris this year.

At the annual “Nuit de la solidarité” (night of solidarity)in Paris between January and February, volunteers are on the streets for one night to count homeless people and, as far as possible, ask them about their living situation. Organised by the city and in partnership with various large associations, the figures mainly provide an insight into the different profiles and zones of homelessness.

Introduced in 2018, it is one of the few references on homelessness in the French capital and follows a methodology. In addition to the census, it also attempts to understand the needs and backgrounds of those affected, as well as the geographical location of their accommodations. The APUR, Parisian Urbanism Authority, published its study on the 2nd Nuit de la solidarité (2019) in December. Urbanauth has taken a look inside for you.

The volunteers did not exclusively count people sleeping in the street, but also those in places such as train stations or parking lots. So for 2019 the statistics included the so-called green lungs of the capital, the Bois de Boulogne in the west, and the Bois de Vincennes in the east, as well as the “Colline” in the north. Unfortunately, the numbers are not definite, as the census only takes place on one day. The results may therefore vary and do not represent the absolute number of homeless people.

The study could only count in accessible places. Consequently it excluded areas of petite ceinture or parks and silent occupations. Also invisible from the statistics are all persons who are “couchsurfing” and who are sleeping at solidarity networks. Furthermore only 2000 out of 3600 homeless in the study received the questionnaire. So about half of the respondents replied with a complete or partial answer.

What does homelessness in the French Capital looks like?

The study primarily looks at gender, age ranges and whether the person was encountered individually or as part of a group. Secondary observations regarded pregnancy, families, minors/children and animal companions. Thereafter, it was tried to identify the forms of homelessness among the interviewees and to understand their life situation.

Overall, 36% of the people recorded have been homeless for less than a year. With a share of 10 % young people (>25 years old) belong to a particularly vulnerable group. They are for example the least aware of social services like emergency shelters, social benefits, accompaniment of social workers. Also, young people usually arrived in Paris without any accommodation. This is why this group is temporary homeless, and got sighted mostly in the 18th arrondissement. They are also among those who tend not to have habitual places to sleep. In contrast to those who have been living on the streets for a long time.

For the interviewees, the reasons for homelessness were mostly their arrival in the capital without suitable accommodation, followed by blows of fate, separations and evictions. 14% of those interviewed were women, with the highest proportion of women in the age groups of under 25 and over 55 years. These women mostly stay in groups and change their sleeping places frequently. For them and the under 25 years old, it is the most dangerous to be homeless.

The hotspot is located in the north-east of Paris

Except the 15th district in the southwest, the highest concentration of homelessness is in the north-east. The 18th district is home to the largest group, with 507 people living on the streets, 105 of them residents of the “Colline”, a notorious hill at the motorway junction and a humanitarian problem. The tent village at the Porte de la Chapelle, where refugees and crack addicts are living in tents on the brown line next to the highway, is regularly evacuated. However, in the absence of measures in the form of accommodation and prospects, new people are constantly moving in. The dissolution of the crack addicts camp for homeless people in autumn 2019 has contributed to the distribution of these people over a larger area. For example to public places in the north, such as the Canal de l’Ourcq or the Jardin d’Éole (19th arr.) and Porte d’Aubervilliers. 2017 / 2018 there was also a huge tent camp, which stretched from the canal at Quai Valmy to the suburbs of Saint Denis, and a Sinti and Roma camp on the Petite Ceinture between Porte Clignancourt and Porte de la Chapelle. These two spatial occupations have since been evacuated, possibly leading to a redistribution to the north of Paris and the neighbouring suburbs such as Bobigny, Pantin, La Courneuve and Bondy.

To the south, bordering the 18th district, are the 9th and 10th arrondissements with a population of 110 and 359 people. Following the 19th (466), 11th (176), 20th (156) and ends with the 12th district (369). The latter shows 167 additional homeless people who have taken shelter in the Vincennes forest. The concentration of a high proportion of homelessness correlates with the so-called popular districts. These areas have got a high cultural diversity, but also a high proportion of social housing and poverty. In comparison to the previous year, an exodus from the 9th and 10th districts to the north can be observed.

A decrease of homeless people in these districts is noteable, while a significant increase happened in the 18th and 19th districts. In this area, more groups of young people were counted, which are most strongly represented in both areas. The mass of homeless people decreases in the south-western part of the city and shows a mixed personal profile. The 16th arrondissement, which is considered a very bourgeois district, has borders on the equally rich suburb of Boulogne. Some homeless people have been counted in the Boulogne forest, although this is much smaller than in the “Colline” or the Vincennes forest. The latter is located in the east and borders the 13th arrondissement, which also has a certain homelessness.

The north-south axis to the west and the belt in the centre from the 2nd to the 8th district are conspicuous by their low number of homeless people. These are also so-called “Beaux Quartiers” / the beautiful and expensive quarters. The city puts a lot of effort to clear such districts from poverty. 2017 Urbanauth witnessed the evacuation of a Sinti and Roma shelter on an unused railway line at the Pont Cardinet (17th Arr.).