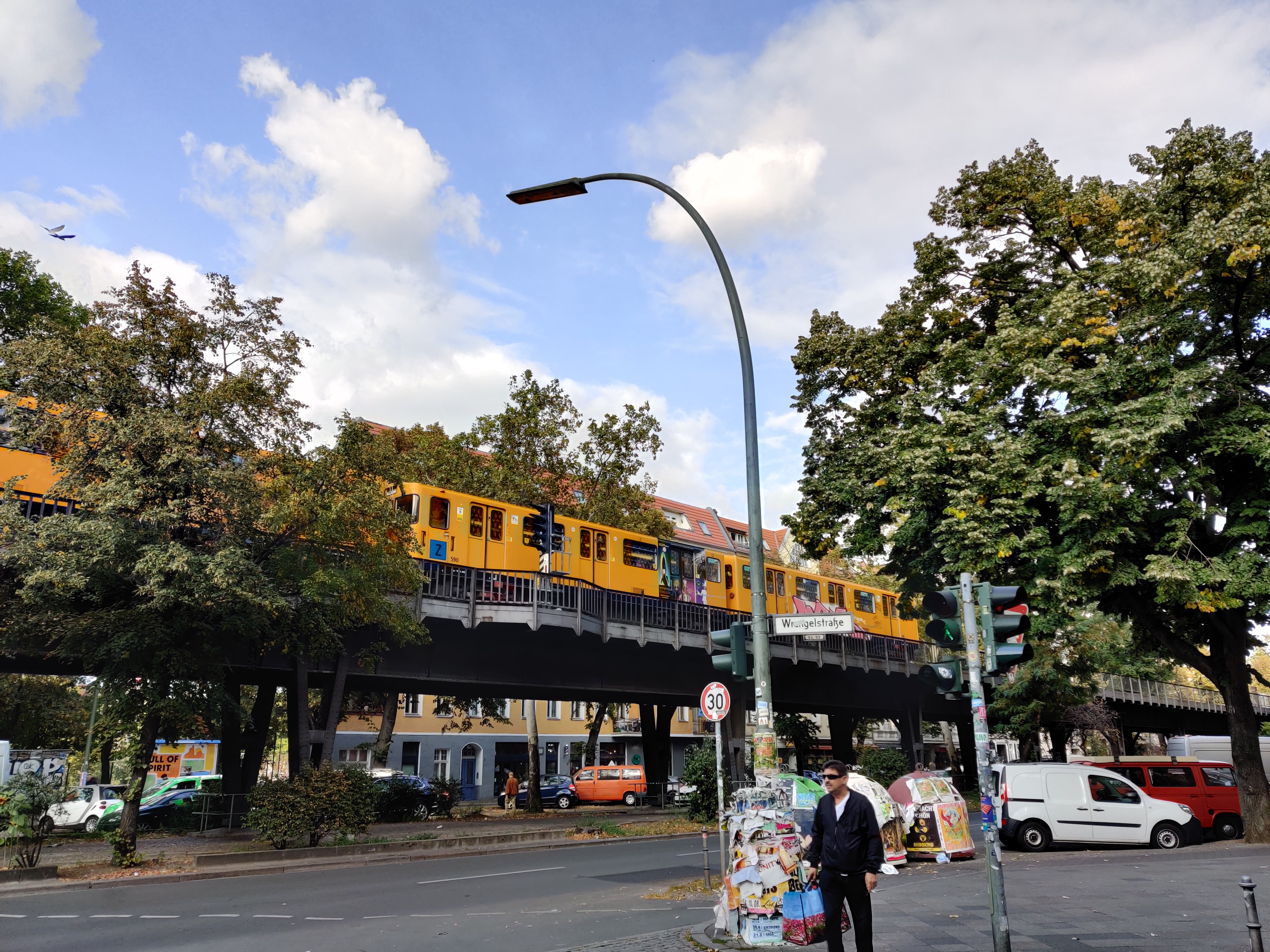 Decolonize Berlin. Decolonize this station. Time to end the controversy around the station Mohrenstrasse (Urbanauth / 2020 / Berlin-Wrangelkiez)

In the official press release the BVG argues: As a cosmopolitan company and one of the largest employers in the capital, the BVG rejects any form of racism or other discrimination.

The ecology-party of the Greens in the Berlin House of Representatives welcomed the decision. After all, the parliamentary group has been campaigning for a change of the name for a long time, because of its discriminating and racist character. Only the BVG is empowered to change the name of the station, but two Green senators are part of the supervisory board: Ramona Pop (economics) and Regine Günther (transport). Ramona Pop commented on July 3rd after the decision in her Twitter-Feed: “With the renaming of the underground station Mohrenstraße into Glinkastraße, the #BVG sets a clear signal against discrimination, just right in our international and diverse metropolis.”

Who was Mikhail Ivanovich Glinka?

Anyone rubbing his/her eyes due to the fact that the Russian composer Mikhail Ivanovich Glinka is supposed to embody what the Mohrenstrasse does not stand for, namely unconditional humanism, recognition of difference and integration, was on the right track.

An article from the Jüdische Allgemeine, which proves that the composer was anti-Semitic, spread quickly. Glinka belonged to a circle of Russian composers who were committed to the renewal of music as Russian National Music. All foreign elements, including Jewish elements, should be wiped out. The identity and unity of the Russian people should be strengthened by pure Russian music.

Had the BVG not done their homework? Was this the easiest solution to satisfy even opponents of the renaming? Why were all initiatives ignored, which had made concrete proposals for renaming the station (and the corresponding street) for years.

What about the proposal of Decolonize Berlin e.V., an association from different social movements and organizations, like Initiative Schwarze Menschen in Deutschland ISD-Bund e.V., NARUD e.V., AfricAvenir, Berlin Postkolonial e.V. and Berliner Entwicklungspolitischer Ratschlag (BER)? Was it just the lack of a direct local reference? Decolonize Berlin e.V. has been hard working for several years to rename the Mohrenstraße and the station of the same name after the first philosopher of African origin Anton Wilhelm Amo. Amo, who was born around 1703 in Guinea, today’s Ghana, was brought to the court as a ‘gift’ at the age of four to Duke Anton Ulrich von Braunschweig-Wolfenbüttel. It is not known whether the Duke himself supported him. The first proof of his education can be found in the register of enrolment at the University of Halle. There, one finds his own entry in the register of 1727: “Aximo in Guinea Africana” (Anton Wilhelm Amo from Axim in the African Guinea. After his studies and doctorate he taught in Halle and Jena. He finally left Europe in 1747/48, and probably returned to Axim.

Amo did not teach and live in Berlin, so there is no direct local connection, some might argue. However: Amo as a person stands symbolically for everything that is denied to the ‘Mohr’: Education, intellect, multilingualism, humanism, culture. Decolonize Berlin e.V. writes about the BVG decision on July 4, 2020: By renaming the street Glinkastraße “the BVG would erase the colonial-historical reference of the place and would deliberately reject its chance to honour a personality of African origin in the Berlin cityscape. https://eineweltstadt.berlin/wp-content/uploads/2020-07-04_pm_m-strasse_decolonize-berlin.pdf

In the meantime the voices of the critics have reached the BVG. And so the BVG posted on July 7 that the last word had not yet been spoken and that one could speak openly about other names. One condition is underlined: the BVG has to connect the new name to the ‘locus’, the local facts and context.

The Green Senator for Economic Affairs also took a step back: a renaming has to be seen as fundamentally positive, but she does not want to commit herself to one name, Pop is quoted in the Berliner Morgenpost.

Martin Dibobe – a Cameroonian in Berlin

A dilemma remains: If Mohrenstraße had already been renamed Anton Wilhelm Amo-Straße, the condition of ‘local conditions’, which must be referred to when renaming the stop, would be fulfilled. The district assembly of Mitte would be responsible for this. As long as their members of parliament do not decide on a renaming, the renaming of the Mohrenstraße stop remains a balancing act.

Nevertheless, it is to be hoped that the BVG will reconsider its decision quickly so that a renaming is not delayed again for years. A new name for the ‘Mohrenstraße’ stop would be an important signal that the BVG is serious about sending a signal against racism.

A proposal for the renaming, which would establish a direct connection to Berlin, was made by the Jüdische Allgemeine in its article, where you can read: Why not renaming the station in Martin Dibobe-Station, who served as the first African train driver in Berlin from 1902 to 1919?

Dibobe was born in 1876 in Bonapriso (Cameroon). He came to Berlin in 1896 as an ‘exhibit’ at the Berlin Trade Exhibition. In the Treptower Park the people of Berlin should get an idea of how life is in the German colonies. People from the colonies were presented to visitors like animals in a zoo. Dibobe stayed in Berlin, became a locksmith and married a Berlin woman. Finally he became a train driver. After Germany gave up its colonies after World War I, Cameroon becomes a colony of France, Dibobe wanted to return to his native country. He started his journey in Germany, but never reached his former home country. It is assumed that he died in Liberia. Renaming the station in Dibobe-Station could be a chance. With Martin Dibobe name on it Germany’s colonial history could become a face, reminding us not to forget effects of colonialism on today’s world, and especially Berlin and its inhabitants.