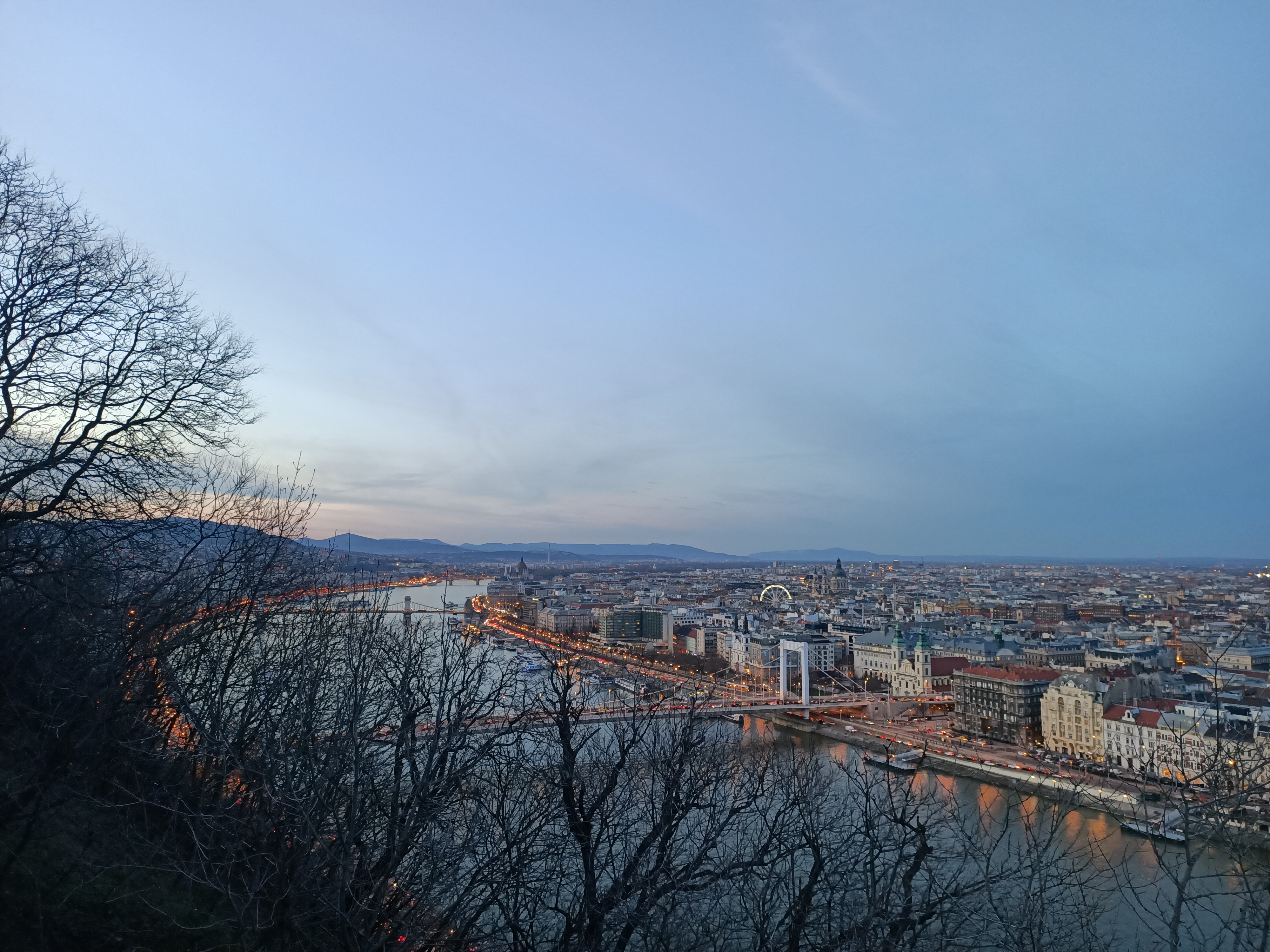 A look from above

Hungary is a country located in Central Europe sharing its borders with Romania, Ukraine, Slovakia, Slovenia, Serbia and Croatia. Hungary was part of the former Soviet bloc until 1991, so its capital, Budapest, is deeply marked by this period. However, Budapest is not only characterised by its communist past, but also by its strong historical past. Thus, the Hungarian capital remains extremely diverse and surprising.

Without including the periphery, Budapest is much more spread out in space than Paris. Indeed, Budapest occupies an area of 525 km2 . Paris, on the other hand, covers only 105 km2. However, the main difference is in the population density of the two cities. Moreover, in Budapest, it amounts to 3,301 inhab/km2 for a population of 1.75 million. As for Paris, the density is 20,755 inhab/km2 for 2.2 million inhabitants (cf: Insee). Thus, on the scale of their respective countries, these two capitals are demographically comparable.

The Old Town of Budapest

Like Paris and the Seine, Budapest is build along the Danube. Indeed, this river divides the capital into two parts: Buda and Pest, as Paris is divides between the left and right side. Actually, in Budapest, the city centre can be identified by the main circular road which delimited the first ring road of the city. Indeed, this road could be compared to the Parisian ring road.

Thus, the side of Buda is less known than Pest. Moreover, it is in Buda that most Hungarian families settle, so it is more local. However, Buda also remains a very popular place for tourists due to sightseeing attractions such as the Fishermen’s Bastion, the Citadel with the Statue of Liberty, and the Royal Palace.

It is on the Pest side that the so-called “old town” is located, with the Jewish quarter for example, which has become one of the most famous party districts in Europe. In fact, Pest is considered as the main city centre of Budapest. And, most of the touristic attractions are concentrated there, such as the Great Synagogue, the Heroes Square, or either the Parliament.

A city increasingly marked by tourism…

In short, although on paper the urban characteristics of Paris and Budapest are similar, their different histories make them culturally distinct. Thus, these two capitals have developed an area of influence thanks to their tourist influence, highlighting their respective heritages. Indeed, Paris is an extremely common international tourist destination. However, Budapest is opening up more and more to the world and to tourism. According to the World Tourism Organization, “Hungary is the European Union country with the highest growth in the number of visitors in 2015”. And the contribution of tourism to Hungary’s GDP reached 10% in 2016 according to EuroNews, which is good for the country’s overall economy.

A feeling of exclusivity emanates from Budapest due to their most famous signature: the thermal baths. Actually, the most symbolics ones are the Turkish baths such as Király, Gellért, Rudas or Lukàcs on the Buda side. Through history thermal baths became a cultural highlights of Hungarian life. Thus, Hungarians have developed a strong tradition related to the baths. And this activity has created a strong urban identity.

As Julie Manfredini expresses it very well in her article entitled Rethinking the city: the construction of urban identities through tourism advertising, from 1889 “French cities founded an identical structure devoted to the enhancement of urban space in favour of tourism”. Thus, since the fall of communism in the 1990s, Eastern European cities have become increasingly open to international tourism. And this process of enhancing the urban heritage has thus become more democratic.

Budapest is neither a competitor nor a new Paris. Although many features make them look the same on the paper, theirs small details make them different. Indeed, even if the architecture of Budapest has been influenced by Haussmann’s work, the city in general remains more deconstructed than Paris. One can notice that in Paris, most of the buildings are uniform and smooth. However, in Budapest all styles blend together and the buildings are not as clean and renovated as in Paris. In fact, these neighborhoods filled with buildings on the verge of collapse make the difference and originality of Budapest compared to Paris.