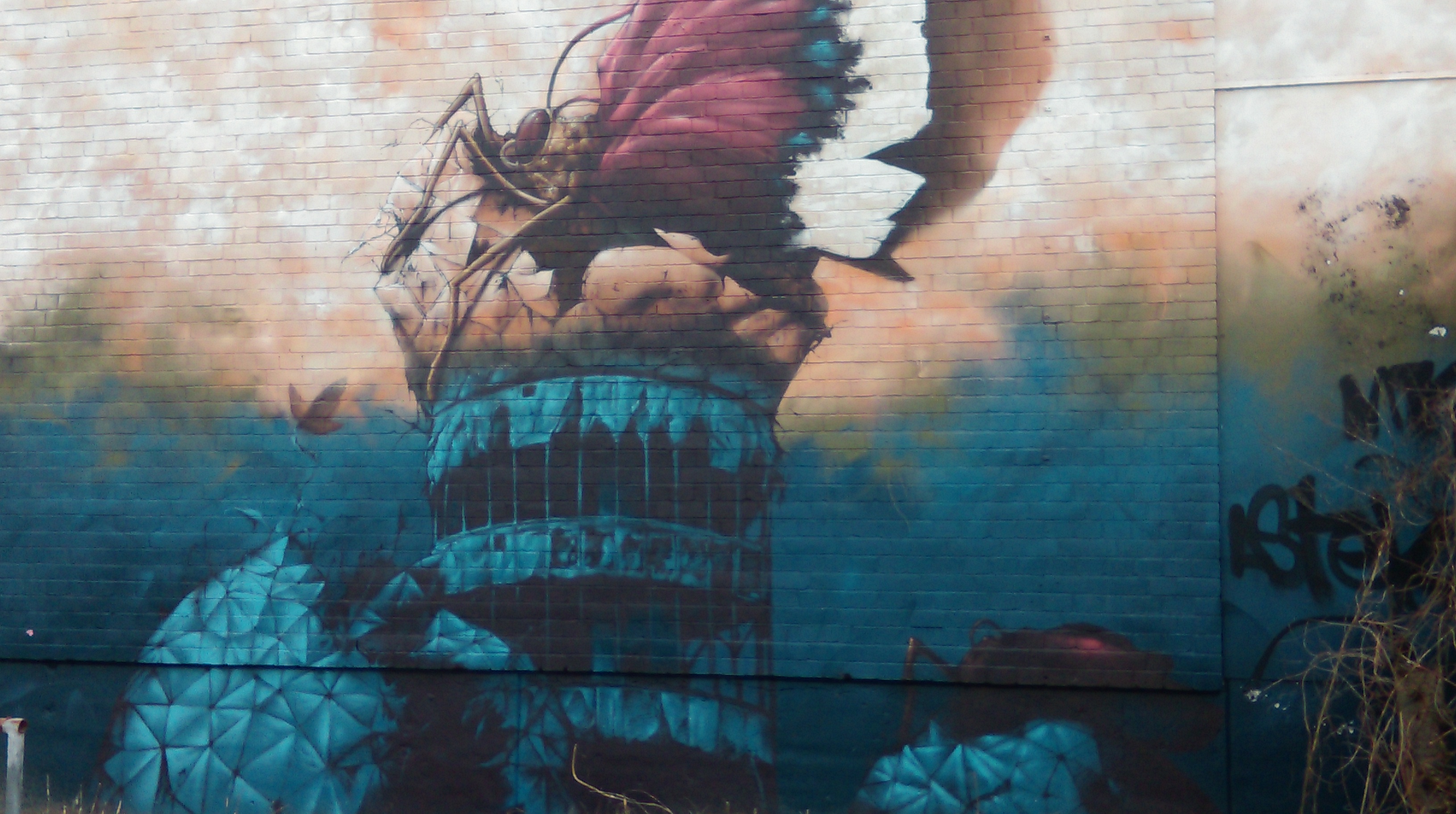 The old American radar station on the Teufelsberg…

Berlin: Above the rooftops of the city you can see the silhouette of the “Teufelsberg“ with its disused and dilapidated radar station dating from the Cold War. The mountain was not created naturally, but by human intervention. Until the 1940s, it was home to the “Wehrtechnische Universität” / the Faculty of Defence Technology, an institution created as part of the National Socialist project of a world capital called “Germania”. The site was blasted after the Second World War and then used as a landfill. Up to 1972, about 32million cubic yards of rubble were dumped there, corresponding to about a third of the mass of all the buildings bombed in Berlin during the war.

Then the piled landscape was designed with sand and topsoil and planted with about a million trees. In addition to being used as a toboggan hill, the hills were also used to establish a listening station for Americans during the Cold War. After reunification, it was emptied and became a lost place in Berlin. Today, on the heights of the Teufelsberg, you can enjoy a magnificent view of the Grunewald forest and the surrounding areas of the town. In addition to this view at a height of about 131 yards, it is worth visiting the old listening station.

Today, in addition to the impressive romanticism of the ruins, there is a mixture of adventure playground, landfill and artistic landscape. In cooperation with various international artists, a temporary tenant has created the largest graffiti gallery in Europe without a global concept. On an area of 2400 square metres, well-known street artists and graffiti artists have left their images on the walls in bright, vivid colours.

In 2011, artists came to the mountain and started to make the land accessible. They cleared the rubble, installed windows and designed the building artistically. Since 2015, Marvin Schütte, the son of one of the four owners, has been renting the site in order to create an artist colony for a sustainable design of the Teufelsberg. It also offers guided tours and, on occasion. The place was even used as a film set. Although he works with artists, some of them criticize him. There would be no contracts with the tenant for fear of being kicked out. In 2018, the main building of the complex was closed by the Berlin Building Inspectorate due to safety concerns regarding statics and fire protection. This concerns not only the tourists, but also the tenants and the artists who work there.

Problems of funding and authorities for alternative art venues

Of the old main building, only the three distinctive antenna domes and the concrete skeleton remain. The ability to accommodate visitors to generate revenue and thus maintain the site has become difficult. Such a setback is therefore annoying for the tenant and the artists. Although they don’t pay much rent, they are still dependent on money for maintenance. On security issues, Mr Schütte told the FC: “The main building will certainly not collapse”. They will continue to try to attract new visitors with other ideas, such as a treasure hunt or a scavenger hunt”. There is also an exhibition room on the history of the Teufelsberg radar station.

In addition to the artists’ colony, the Teufelsberg is the place of commitment for the action alliance of nature conservationists and the inhabitants of the region, who are increasingly disturbed by the noisy mountain festivals. In addition, they want the site to be made accessible to the public and also want the mountain embankment, including the radar station, to complement the mountain according to the ideas of the landscape architects of the time. On their website, they state: “After the partial demolition of the listening station ruins, the hill shape planned in 1950 is to be completed on the present plateau by backfilling with excavated earth.” The authorities responsible for the protection of monuments would also like to have access to the site, but have no decision-making powers in this respect. Since October 2018, both the Teufelsberg and the railway station are classified as historical monuments, which means that at least the plans for the station are no longer valid. The tenant is concerned that the protection of historical monuments will complicate his plans, which include a restaurant or café, an observation platform and a museum.

Together with the artists, the two Schütte want to further develop the object and its content and thus continue to generate entrance fees through guided tours, events and rentals, which should greatly benefit the project itself. At the same time, the owner Manfried Schütte tries to throw the artist Wolfram Liebchen out of the old canteen by eviction action in order to open a restaurant there. A conflict is imminent and others will follow. This causes nervousness among other artists. In addition, politicians are making initial efforts to buy back the land. The government of the Red-Red-Green State wants to transform the building into a “place of memory“. The CDU faction, on the other hand, is in favour of a new use as a sports facility. The tenant and the artists have their own projects. As elsewhere in Berlin, a conflict between politics, building owners and users is looming here. It is unclear whether and how the unofficial museum of urban art will develop.