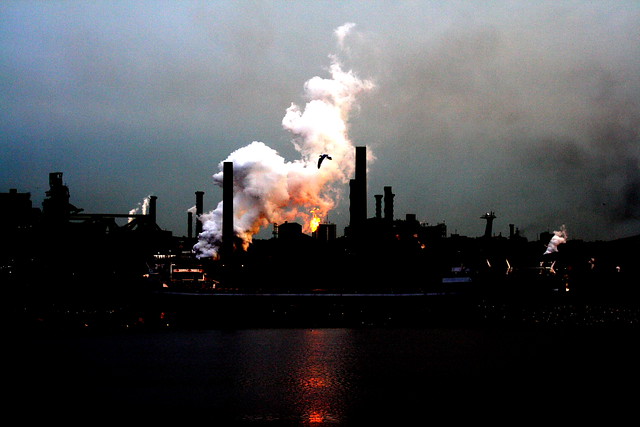 At the beginning the change from wood to hard coal is illuminated. From that point of view this change was “environmentally friendly”, as the forests had lost tree population. And the mines preserved the forests.

The next stage illuminated in the film was the switch from hard coal to crude oil, which was mainly produced in the USA. The result was a true oil intoxication. Above all Rockefeller profited enormously and controlled with “Standard Oil” almost the complete market for crude oil.

The automotive industry was also slowly booming in America. General Motors once increased its own sales market by buying tram operators badly hit by the economic crisis of 1919. Among other things, the company made an effort to get people from the underworld to make these purchases. The aim behind these deals was to replace electric trams with buses and thus increase sales of its own products.

The world wars also led to a rapid increase in oil consumption. A further achievement of the world wars were tanks, which formed the model for modern forest clearing and agricultural machines and thus opened the door to further maltreatment of the blue planet. The documentation also deals with modern agriculture. In particular the intensive leaching of the soil and the chemical pollution by pesticides.

According to the film, man will have made 40% of the earth’s surface uninhabitable by 2100 if no action is taken. Time for mankind to take action for their home planet !